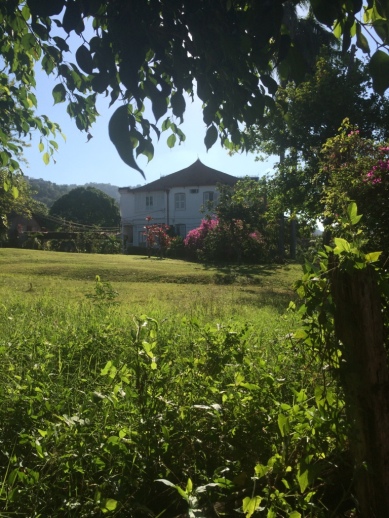 On my Saturday hike, I decided to explore a different part of Kingston.  In the past, I headed straight up into the mountains directly behind my house, but today I wandered up into the mountains farther to the west into the Norbrook area.  As I hiked up Russell Heights, on into the Cherry Garden residential area, I noticed a house that had the look of a great house.  I took several photographs in order to compare them with what I found online.  Sure enough, I discovered when I returned that it was indeed Cherry Garden Great House.

Colonel Ezekiel Gomersall originally established the Cherry Garden sugar estate.  His place of burial is the Kingston Parish Church with the following inscription on his tomb:

HERE LYETH  INTERR’D THE BODY OF THE HONOURABLE EZEKIEL GOMESSAL ESQR ONE OF HIS MAJESTIES COUNCEL AND COLONEL OF THE REGIMENT OF HORSE WHO DEPARTED THIS LIFE THE 12 DAY OF APRIL ANNO 1734 AGED 70 YEARS.

In addition, on his wife’s tomb:

HERE LYETH THE BODY OF THE VIRTUOUS MRS MARY GOMERSALL, WIFE OF COLO. EZEKIEL GOMERSALL, AND DAUGHTER OF FRANCIS AND MARGARET DICKENSON. SHE DEPARTED THIS LIFE, THE 1st OF DECEMBER 1723, IN THE 56th YEAR OF HER AGE, AND IN THE 36th YEAR OF HER MARRIAGE.

Following Colonel Gomersall’s death, the property passed onto his nephew, Ezekiel Dickenson and the property remained in the hands of the Dickenson family and was administered by Attorney Joseph Gordon of Scotland.  Prior to emancipation, Joseph Gordon (1790-1867) managed over thirty plantations with over eight thousand slaves.  He eventually purchased the estate from the Dickensons and added additional adjacent lands.  Joseph Gordon eventually became Custos and Member of the House of Assembly for St. Andrew Parish. 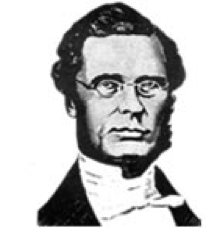 One of his sons, George William Gordon (1820-1865) was born the illegitimate son of Anna Rattrey (1792-1863), a slave on the Cherry Garden Estate.  George was privately educated and then sent to Black River to be educated in business under his Godfather James Daly.  He was a quick learner, which led to speculation in real estate, and he exported produce.  He eventually purchased numerous coffee and sugar plantations and at the time of his death, he owned nineteen properties.  He married Mary Jane Shannon, the white daughter of an Irish newspaper editor.  In 1844, George entered politics and was elected a Member of the House of Assembly for St. Thomas-in-the-East.  He was a member of the liberal Town Party, which was made up of colored and Jewish merchants, newspaper editors and lawyers.  The Town Party was in direct opposition to the conservative Country Party made up of the white planters.  The Country Party held the majority of seats in the Assembly.

When his father, Joseph Gordon went bankrupt in 1845, George was able to come to the rescue and saved Cherry Garden from foreclosure.  George paid all the expenses for his father and stepmother to return to England and then George and Mary Jane took up residence at the Cherry Garden Great House.  George Gordon became a champion of the impoverished ex-slaves, particularly in the Saint-Thomas-in-the-East Parish.  He also left the Anglican Church and became a Baptist.  In 1865, following the Morant Bay Rebellion, he was unjustly tried for treason and executed on 23 October 1865.  His widow sold the property in the late 1860’s.  Jamaica now considers George William Gordon one of their national heroes.

Oscar Marescaux, a powerful local banker, purchased the property in the late 1860’s.  He extended and roofed the front and back patios and paneled the interior with mahogany.  Mr. Marescaux was a very tall man, over six feet, long thin legs, hunched-up shoulders with a growth of beard after the style of a Frenchman. Many considered him irascible and arrogant. His views on natives of the country were narrow and prejudiced.

The great house is an impressive two-story structure.  The main entrance has a double bifurcated stairs that ascend to the entrance portico.  Four cast iron columns support the portico, which forms a second story observation deck surrounded by intricate railings and topped by a classic pediment. Marble covers the floor of the entrance porch.  One impressive architectural feature is the use of Jalousie windows to allow excellent ventilation and illumination into the house.

If you want a view of the great house, head up hill from Barbican Road on Russell Heights and when the road makes a sharp left, the house will be straight ahead of you. 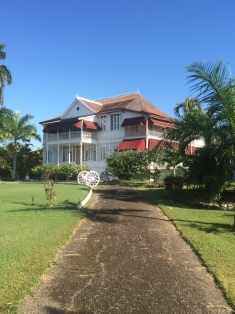 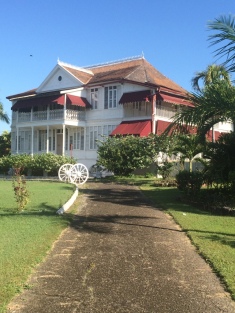 Raul is the founder of the Fort Worth Portrait Project (FWPP). He holds a Ph.D. in Public Affairs & Issues Management from Purdue University. After teaching for 16 years as a university faculty member at both Purdue and Indiana University, Raul moved to Fort Worth and founded the FWPP in 2014.
View all posts by Dr. Raul A. Mosley »
« Previous post